Find out more about faith and connect with local faith groups, networks and societies.

The writings of Baha’u’llah offer a wealth of spiritual guidance, as well as directives for personal and social conduct, that assist us in progressing on a path towards building a peaceful and unified world.

Shoghi Effendi, the second successor of Baha’u’llah said that “The revelation proclaimed by Bahá'u'lláh, his followers believe, is divine in origin, all-embracing in scope, broad in its outlook, scientific in its method, humanitarian in its principles and dynamic in the influence it exerts on the hearts and minds of men.”

You can find more information about Bahá'í faith at The Bahá'í Faith and Bahá'í Teachings.

Bahá'í faith in Bristol and the UK

Buddhism is not a centrally organised religion but a set of spiritual traditions, methods and philosophies. It is based on the teachings of the Buddha and of his followers, as they spread from India throughout Asia and the rest of the world.

The Buddha lived in India approximately 3000 years ago. Following his enlightenment, he gave his teachings verbally – they weren’t written down and translated until several centuries later, which is the reason all Buddhist texts or sutras start with the words: “This is what I heard…”

It can be described as a humanistic movement which has respect for all living beings, and their potential for enlightenment, at its core. Enlightenment is characterised by perfect wisdom, compassion and courage, and Buddhism’s goal is to reveal the enlightened nature, the pursuit of which gives life purpose and meaning. Practised across the world, there are different schools of Buddhism: for most Buddhists, meditation is important, whether it is mindfulness, silent sitting, chanting, walking or standing meditation, or other physical practices. Following these practices results in increased wisdom and compassion, allowing the practitioner to tackle life’s problems at their root, leading to a fulfilled life and happiness for oneself and others.

While Buddhism remains a minority religion in the West, numerous different traditions and paths are represented, including by several different Buddhist centres and groups in Bristol.

Find out more about Buddhism at Tricycle, Aromeditation, Buddhanet and SGI-UK Bristol.

Buddhism in Bristol and in the UK

Hinduism originated on the Indian subcontinent and has been described by some scholars as the world’s oldest living religion, with some customs dating back more than 4,000 years. Hinduism has approximately 900 million followers worldwide and is the most prevalent religion in India and Nepal. Hinduism has no single founder or scripture and therefore is not easily defined. Hinduism is often referred to as 'a way of life' or 'a family of religions' rather than a single religion. Many Hindus prefer to use the name ‘sanatana dharma’ which means ‘eternal teaching’.

Hindu beliefs and practices vary but the following nine beliefs are concepts on which most Hindus concur.

Find out more about Hinduism at Hindu Forum of Britain.

Hinduism in Bristol and in the UK

Islam is one of three Abrahamic faiths that was revealed to humanity by the last and greatest prophet, Muhammad ﷺ, who lived in what is currently known as Saudi Arabia about 1,400 years ago.

Muslims believe that Allah is the one true god who created the world and everything in it. The Qur’an is the holy book for the Muslims, who believe that it is the literal word of Allah (God) revealed through the Angel Jibreel (Gabriel) to the Prophet Muhammed ﷺ and therefore can never be changed.

Islam means ‘submission’ or ‘obedience’ in the Arabic language and teaches that it is only by submitting one’s will to Allah that one can attain peace in this life and ultimately in the afterlife. Muslims believe that Allah calls everyone to worship Him through the five pillars of Islam which highlight an individual being in the submission of Allah.

The Five Pillars are:

Congregational worship is an integral part of the Muslim community so if you would like, you can visit one of the local mosques or get involved in the activities of Ramadan. Muslims are a very hospitable community and people of other faiths and no faiths are always welcome.

The oldest monotheistic religion in the world is more than 3000 years old. Jews trace the origins of the Israelite people and their religion back to Abraham. (Abraham is also seen as the father or ancestor of the Christians and Muslims – together these faiths are therefore called the ‘Abrahamic’ faiths.) The Bible records that Abraham left his home in Ur, Mesopotamia (present-day Iraq) in the early second century before the Common Era (’BCE’), wandering through the desert of Arabia until reaching God’s ‘Promised Land’ of Canaan.

In remembrance of the seventh day of the Creation, every Friday evening Jews celebrate the start of Shabbat, the day of rest, with special foods and communal or family prayers. For festivals and on Saturday mornings, Jews gather in synagogues and hear chanted readings from the Torah scroll, their holiest scripture containing the 5 Books of Moses (Genesis, Exodus, Leviticus, Numbers and Deuteronomy). The Jewish Bible, or ‘Tanakh’, appears in Christianity in a slightly different order as the so-called ‘Old Testament.’

The Jewish religion encourages its followers to live an ethical and compassionate life, doing the actions commanded by God known as the ‘mitzvot.’ The different denominations in Judaism are called ‘movements’ and here in the UK the principal ones are Liberal, Reform and Orthodox Judaism. Jews have lived in the UK for many centuries, arriving during the Norman Conquest. At the 2011 census, Jewish people made up 0.5% of the UK population. Hebrew is the language of the Tanakh, prayer, and of modern Israel.

Find out more about Judaism at My Jewish Learning and Judaism 101.

Paganism is not dogmatic and represents a diverse community that includes Wiccans, Druids, Shamans, Sacred Ecologists, Odinists and Heathens. The practices within each group vary with some groups focusing on specific traditions or practices such as ecology, witchcraft, Celtic traditions or certain gods. Pagans may be trained in particular traditions or they may follow their own inspiration. Pagans pursue their own vision of the Divine as a direct and personal experience.

Paganism emphasizes respect for nature. Pagans are deeply aware of the natural world and many try to live eco-friendly lifestyles to minimise harm to the environment. The cycle of the natural year (seasons) is seen by most Pagans as a model of spiritual growth and renewal. Paganism also puts an emphasis on sexually equality. Women play a prominent role in the modern Pagan movement, and Goddess worship features in most Pagan ceremonies.

Pagans believe in multiple deities and believe that objects, places, and creatures all possess a distinct spiritual essence. Pagans view nature as a manifestation of divinity and can interpret the divine future given by deities by reading entrails or the flight of birds. Diviners can also ask the universe to send a sign and believe that the divine world will answer a genuine request for information. One method of this is casting stones and reading the patterns into which they fall.

Pagans often use the word ‘moot’ to describe regular social events where people from all paths can meet to socialize and make new friends.

There are various denominations within Christianity, including Anglican (The Church of England), Baptist, Brethren, Congregational, Methodist, Pentecostal and United Reformed. You can find more information about some of these denominations below.

The Baptist movement arose within the Christian faith in the 17th century in response to links between state and religion that were leveraged for political purposes. Baptists share many of the central beliefs of the Anglican and Methodist churches but believe that each congregation of believers has a right and responsibility to govern its own affairs without the need for a hierarchy of bishops. As such each Baptist congregation is independent although there is also a strong understanding of the global, universal church and many individual Baptist congregations choose to join with one another into regional unions.

The name ‘Baptist’ comes from the core belief that baptism (immersion in water as a sign of commitment to a new life as a believer) must be a personal choice and undertaken with consideration. For this reason, Baptist churches do not baptise infants.

Baptist churches have a belief in the ’priesthood of all believers’ in which each member of the congregation is considered to have equal access to God through Christ. Sacraments, prayer and discernment are conducted by the congregation as a whole and any single member taking a lead is merely an administrator and representative of the entire church. Baptist churches therefore do not have priests or vicars but do ordain ministers who have a role of pastoral care and organisation. Ministers are usually supported by an elected group of elders or deacons and regular church meetings of all members are important in deciding the direction and business of the congregation.

Find out more about Baptists at Baptists Together and Baptist Historical Society England and Wales.

Baptists in Bristol and the UK

Some distinctive doctrines taught by the Catholic Church are that:

You can find more information about Catholicism at Word on Fire and Catholic.com.

The Church of Jesus Christ of Latter-day Saints is a worldwide faith of over 16 million members centred on the belief that everyone on earth is a son or daughter of a loving God and that His Son, Jesus Christ, saved the world from sin and death. Jesus Christ invites all of God’s children to come unto, follow, and become more like Him.

The mission of The Church of Jesus Christ of Latter-day Saints is to help all of God’s children come to Jesus Christ through learning about His gospel, making and keeping promises with God (covenants), and practicing Christlike love and service.

The Church has over 30,000 congregations in more than 160 countries and territories. Each of these congregations is a local group of members who serve, teach, inspire, and mentor each other as they strive to overcome personal challenges and hardships, and each is led by nonpaid leaders selected from the congregation who serve on a limited-time, volunteer basis.

Members of the Church believe in helping individuals and families fulfil the commandments to love God and to love your neighbour. Members do so by living the gospel of Jesus Christ, caring for those in need, inviting all to receive the gospel, and uniting families through family history and temple work.

Find more information about The Church of Jesus Christ of Latter-day Saints.

Unitarianism grew in the later stages of the Reformation, becoming a significant element of the non-conformist movement in Britain during the 18th Century. Unitarianism was not initially accepted, including by many other Protestants, and was subject to considerable persecution. There are a number of forms Unitarianism takes, but is most commonly self-described as Unitarian & Free Christian or Unitarian Universalist.

Unitarian congregations are self-organising and governing, yet have a General Assembly to agree common approaches to major issues.

Unitarians in Bristol and the UK

To find out more about faith and spirituality or what support we can offer, please contact our Chaplaincy team. 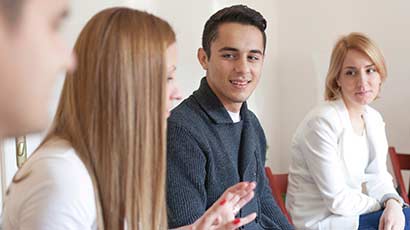 We offer informal support for a wide range of issues, as well as spiritual guidance and wellbeing activities. 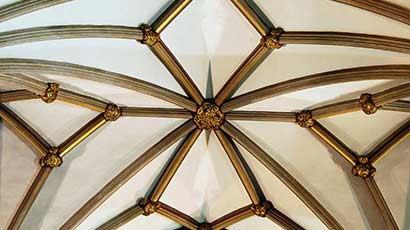 Find out about places for prayer, worship and private reflection, connect with others and get pastoral advice.