About Social Science in the City (SSC)

Find out about Social Science in the City, the team and corporate responsibility.

What is Social Science in the City?

Most people have ideas about the kind of society in which they would like to live and they also have some idea of pressing social problems we all, in our various walks of life face, especially now in the context of radical public spending cuts.

Social Science in the City (SSC) is a free public engagement event which represents the commitment of speakers and audiences to the generation of discussions about important questions relating to how we might live and work in today's society; how we might think about and tackle the various pressing environmental, economic, social and political issues which face us in our different walks of life.

Social Science in the City is for all of us - those diverse members, partners and affiliates of UWE Bristol - who collectively work and support the initiative through talks, web-site design, administration and the provision of venues, as well as those who express their commitment through attendance at talks. It is a collective initiative which is dedicated to sharing social scientific research, as well as the experiences, skills and insights of participants in discussions.

The Department of Social Sciences, and the Faculty of Health and Applied Sciences at UWE Bristol of which it is a part of, supports these fundamental aims - the university and members of the general public thinking together about issues which are critical for us all. The initiative is envisaged as an opportunity for members of the public to listen and contribute to critical and informed debate in a congenial café atmosphere.

Social Science in the City provides

Social Science in the City is also a growing hub of activities which will focus on disseminating information, sharing resources, findings and interests, initiating and developing applied social research, consultancy, educational and training programmes. Let us know about your interests and projects and we can help point you in the direction of social researchers, professionals and practitioners who may be able to contribute.

We invite events in support of any of our key themes, namely:

We invite events across multiple formats, including our Politics Café, Thinking Aloud, Better Bristol, Thought in Action, and Let’s Debate! platforms. Suggestions regarding possible new formats that might enrich the inventiveness of SSC are always welcome. To submit a proposal for the organisation of public engagement events in Bristol and its surrounding areas, please fill in the Social Science in the City proposal template below and email the completed form to Dr Stella Maile at stella.maile@uwe.ac.uk.

Download the proposal form for a public engagement event (DOCX)

Dr Stella Maile and David Griffiths explore the value of public engagement in the wider social science context in the book Public Engagement and Social Science. You can purchase a copy via the Policy Press website.

"A timely and rich contribution to discussions of public engagement and the impact of the social sciences." The London School of Economics (LSE)

Social Science in the City (SSC) is an innovative and unique platform for public engagement. Bringing together academics, policy makers, key stakeholders and the general public, Social Science in the City seeks to give the public of the greater South West region the opportunity to engage directly in exchanging experiences and ideas in support of bringing about innovative and progressive change.

Prioritising the key themes of Equalities and Justice; Health and Wellbeing; Sustainable Futures; and Creativities and Art, Social Science in the City promotes a range of events through the course of the year, and via multiple formats, including The Politics Café; Thought in Action; Let's Debate!; and Better Bristol.

The Social Science in the City team is led by staff from the Department of Social Sciences within the Faculty of Health and Applied Sciences, and comprises:

along with three other Social Science in the City Coordinators:

Dr Anne Foley is a Senior Lecturer in Criminology and has recently joined the Social Science in the City Coordinators team. Anne's research interest lies within informal systems of practised by marginalised groups who more often than not have no access to formal routes of justice, in particular, her work focuses on Gypsies and Travellers who remain one of the most marginalised ethnic minority groups.

More broadly, her research interests encapsulate post-colonialism and its legacy, marginalised and 'hidden' minority groups as well as access to justice. She has recently contributed to the forthcoming book 'The Encyclopedia of Women and Crime' where she writes about Gypsy and Traveller women and their sense of justice and is currently working on a research project with Dr Anastasia Karamalidou evaluating the effectiveness of travel assistance for prisoners and their families.

Anne is committed to public engagement and has organised a number of events; the most recent event explored the post-colonial legacy on social justice in Black, Asian and minority ethnic communities which was held in St Paul's. Other events include a screening of an independent documentary 'Injustice' which was followed by a panel discussion.

Dr Stella Maile is a Senior Lecturer, Associate Head of Department and General Convenor of Social Science in the City an initiative which resulted in a co-edited collection on Public Engagement and Social Science for Bristol's Policy Press. She has written and published in the broader areas of gender, work, the unconscious imaginaries of migration and political economy; including a co-authored book on Stakeholding and the International Order. Other publications have drawn on critical discourse analysis as one means of exploring the subliminal thoughts and feelings of political and managerial language.

Stella has a keen interest in the insights offered by psychoanalysis to the political, social and personal practices which comprise everyday life and is a practicing member of the British Psychoanalytic Council. She has sat on the editorial board of the British Sociological Society's publication 'Sociology' and engaged in numerous policy led discussions relating to such matters as corporate governance, equalities and diversity.

Dr Jon Mulholland is an Associate Professor in Sociology at UWE Bristol, and a Coordinator for Social Science in the City. Jon has researched in the fields of migration, ethnicity and nationalism, and more recently in the area of sustainability.

Jon has won research grants from the Economic and Social Research Council and the British Academy, and has published the findings of these and other research projects extensively, most recently in the book Gendering Nationalism: Intersections of Nation, Gender and Sexuality Palgrave, Mulholland, J., Montagna, N., Sanders-McDonagh, E.). Jon is committed to the value of an engaged public social science, and to this end has organised multiple public and policy engagement events. Jon currently sits on Bristol City Council's Inclusive Cities Taskforce.

Dr Francesco Tava is a Senior Lecturer in Philosophy, and has recently joined the team of Coordinators for Social Science in the City. Francesco's research interests encompass moral and political philosophy, phenomenology, and history of philosophy. He wrote a monograph, The Risk of Freedom, on the political phenomenology of Czech philosopher and dissident Jan Patočka, and published a series of articles and book chapters on related themes. Francesco is currently working on a research project concerning the idea of political solidarity within the European frame.

Besides philosophy, Francesco is keen on literature and cinema. Together with colleagues from UWE Bristol's Philosophy and Politics, he has established Thought in Action - a series of film screenings and discussions at Watershed which, since its launch in October 2018, has engaged more than 1,000 viewers as well as 40 speakers of 16 different nationalities. Francesco has also co-organised research pilots and public engagement events in collaboration with Agora Europe, BrisSynBio, and NewHoRRIzon.

Tom Buckley was the Digital Learning Manager for the Faculty of Health and Applied Sciences at UWE Bristol. In addition to his role as a Social Science in the City Coordinator, he led a small team of digital professionals and learning technologists. He had worked at UWE Bristol since 2012, and brought with him a wide variety of experience from his work in multiple medical and health education related organisations. As a social science graduate from Goldsmiths College and the University of Bristol, Tom has a continuing interest in politics, studies of masculinity, British politics and digital cultures, plus anything to do with zombies! He has written papers on technology-enhanced learning and has a keen interest in the publicly engaged, social scientific potential of digital learning and learning technologies.

The Social Scientists at Social Science in the City (SSC) UWE Bristol are committed to research which matters and has a positive impact on the lives of people in and around Bristol, the country and the wider world.

As such, our networks are vast. We are looking for local, regional and global sponsors who share our curiosity and desire make the lives of individuals, their communities/societies and the wider world a better place to live.

There are a number of ways that you can support us and each carries with it unique benefits to your organisation, those you serve and your personnel.

Choose from the following streams:

Benefits as above with Bronze package plus:

We are looking for annual sponsorship from ethically motivated organisations.

Benefits as Bronze and Silver above plus:

For further information on Social Science in the City, please contact: 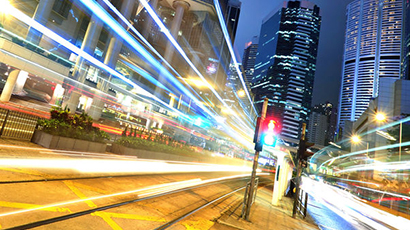 Social Science in the City (SSC)

Social Science in the City news and events

Latest news and activities of the Social Science in the City research group members.

We offer many courses and workshops throughout the year.