Research investigates several inter-related topics, particularly approaching historical problems related to modern conflicts and their legacy, including public representations and uses of the past. The related trauma of forced migration and displacement, as well as the potentialities of post-war reconstruction and humanitarianism, are also key areas of focus. The relationship between landscape and memory is another developing area.

The research expertise of the theme encompasses a range of areas, including, but not limited to:

This project explores the French Catholic right’s discourse on the French nation – and associated efforts to construct and mobilise a collective memory that was bound up with and nourished by a determined rejection of official state memory. The vision of France as ‘eldest daughter of the Church’ and defender of the papacy was drawn upon to delegitimise firstly Napoleon III’s Second Empire and secondly the Third Republic. The former’s sponsorship of Italian nationalism had brought about the demise of the Papal State, while the latter had enthusiastically pursued the secularisation of education. The Third Republic’s elaboration of an official symbolism derived from the 1789 Revolution was opposed by a determined counter-revolutionary understanding of the French nation.

Although the royalist politics closely aligned with this vision did not long outlast the failure of 1871-73 attempts to restore the monarchy, this political culture proved enduring. A significant section of French society – and French elites (especially Jesuit-educated army officers) – were never reconciled to the Third Republic.

This study focuses upon the counter-revolutionary symbolism (included commemorations of the 1793 counter-revolution) that competed with the official state symbolism. The final section explores the significant moment of the Vichy regime installed in the wake of the catastrophic defeat of France in 1940, a regime that repudiated the revolutionary symbolism of the Republic and looked to reinterpret the French past.

Remembering Britain and Europe’s troubled past, from 1945 to the Age of New Media

The period 1933-45, which saw instability of the state system, the clash of competing ideologies, and the prevalence of political violence within and beyond state borders, is crucial to understanding Europe’s twentieth century and its twenty-first-century legacy.

This project explores the various forms and methods by which dictatorship, violence, and war in Europe in the period 1933-45 have been publicly remembered, commemorated, and represented in the decades since. It analyses and compares a series of public representations of the past in the UK, France, Germany, Spain, and Poland.

Public remembering of conflict takes the form of collective representation, institutional construction, and individual expressions of recollection; in practice, these forms constantly interact. In individual terms, the recollections of fighters at the battlefront and civilians experiencing violence behind the lines are crucial, though they are as subject to conditioning as the ‘memories’ of individuals and groups not directly affected, including those who are ‘recipients’ of narratives of remembering years later.

The twentieth century is defined for many people by global conflict, but the two great global conflicts were quite different. The second of the world wars which disfigured contemporary Europe was ideologically and racially fuelled and was visited directly and violently upon millions of civilians. In a sense, it encompassed the several civil conflicts beginning in 1917 and lasting virtually until the end of the century, if we consider the wars which witnessed the break-up of the former Yugoslav state in the 1990s. It is these conflicts of ideology, politics, and culture – and the memories and legacies of them - which form the basis of this study.

This project explores perceptions of health in the aftermath of civil war. It integrates political, social, and cultural approaches to wartime and post-war control of public space.

In the decade after Franco’s military victory of 1939, the dictatorship’s objective was to institutionalise the victory by securing control over the defeated: those who had sought during the years of the Second Republic (beginning in 1931) to bring about progressive changes, and   fought to defend change during the war of 1936-39. Such sectors were constructed ideologically as being carriers of political and moral ‘contamination’. This ideology informed the ‘containment’ strategy of the authorities. This study explores the politics of public space in the light of this ideology. It focuses on mass imprisonment in the early 1940s, close surveillance and curtailment of movement in working class neighbourhoods and of the poor generally.

Deploying some of the practices of the history of medicine, the focus of the project is on Francoist discourses and its applied policies around the topic of ‘contagion’.

Existing studies of Francoist discourse, relying largely on literary sources, have not included study specifically of prisons or on health as a focus of attention. 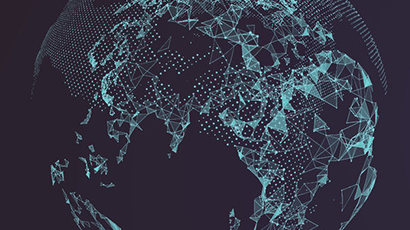 Details about the Global and Transnational History Group at UWE Bristol.

Transnational perspectives on people, places and power within GTHG.