Our researchers have been working on a major research project to discover the history, linguistic origins and geographical distribution of the 45,000 most frequent surnames in Britain and Ireland.

The Oxford Dictionary of Family Names in Britain and Ireland (Oxford University Press) was published on 17 November 2016.

A major Arts and Humanities Research Council (AHRC) funded research project led by UWE Bristol has completed its first funding period, 2010-2014. The research team has achieved a detailed investigation of the linguistic origins, history, and geographical distribution of the 45,000 most frequent surnames in Britain and Ireland. An explanation was given for all names with 100 current bearers or more in Britain and Ireland, along with many rarer names.

The resulting database – the most extensive of its kind – was submitted to Oxford University Press for print and online publication as the 'Dictionary of Family Names in Britain and Ireland' (FaNBI).

Family Names in Britain and Ireland

Watch the video to discover more about this exciting project.

In January 2014, AHRC awarded UWE Bristol a further grant to continue the research for another three years. This meant that all surnames with twenty bearers or more in the UK in the 1881 Census can now be included, and brought the total number of surnames researched to over 60,000. This second phase allowed for research into rarer surnames.

Professor Richard Coates, at the Bristol Centre for Linguistics at UWE Bristol, was the AHRC Principal Investigator, and led the research team with lexicographer and Visiting Professor, Patrick Hanks.

The research was carried out with the technical collaboration of members of the Faculty of Informatics at Masaryk University, Brno, in the Czech Republic, the world’s leading experts in building user-friendly editing and browsing tools for very large databases.

Patrick Hanks explained: “In the past, ambitious scholars wouldn’t touch the study of surnames because, although plenty of data was theoretically available, it was overwhelming, unsorted, and unusable - simply impossible to sort by hand except in comparatively small selections. What there was remained patchy and unreliable. No-one had really studied the subject in breadth and depth."

“It’s only with computer technology for sorting and comparing hundreds of millions of digitised records that enough electronic data is available and organisable so as to enable researchers to draw conclusions with confidence about the origin and history of each surname, taking account of factors such as its geographical distribution, local dialect, and so forth. FaNBI is a huge step forward in surname studies, but even so for many names more detailed investigation will still be needed.”

The entire FaNBI output will be of enormous interest to genealogists, family historians, social historians, historical linguists, demographers, geneticists, and indeed anyone interested in learning more about family names.

Patrick Hanks added: "We very much hope that our database will be used in schools as well as by genealogists and the general public. I have found that by studying the origins of their own name and those of their classmates, children can be inspired to want to find out more about language and history in general."

This was the largest project in scale and scope ever undertaken on the origin and geographical distribution of family names in Britain. There were over 60,000 family names of English, Scottish, Irish, Welsh, Cornish, and medieval French origin, including very common ones such as Miller, Williams, and Sinclair. These were "established" names, which have been here for over 100 years (in some cases, over 900 years). All of these names were researched and explained in FaNBI if they have 20 or more bearers in modern Britain. Some very rare "established names" were also included.

In addition, since the Second World War, the established names have been joined by a very large number of "recent immigrant" family names (over 300,000), for example, from India and China. These names, too, were researched and explained if they have more than 100 bearers in Britain today.

From published and unpublished resources dating from the 11th century onwards, a team of researchers with expertise in historical linguistics and onomastics (name studies) extracted information about individual names such as when and where they were recorded and how they have been spelt. This information was used to give new and detailed explanations of the origins of those names, adding knowledge which was far more reliable and up to date than that found in previously published books on surnames.

The main product of the research – the FaNBI database - was made available as a dictionary, published by the Oxford University Press on 17 November 2016. This Dictionary of Family Names in Britain and Ireland was published both in book form and online; the online version is accessible via educational institutions and public libraries.

In addition, there is information about the social origins of some names. For example, it is well known that the earliest surnames of the landholding classes tended - more than those of other classes - to be names of places, whilst those of small tenants and serfs included a high proportion of names ending in 's' and 'son' like Roberts and Jackson. Many of the oldest surnames in Britain are of Norman French origin, taken from the family estates in Normandy, for example, Sinclair (from one of two places called Saint Clair) and Craker (from Crèvecoeur in Calvados).

Professor Richard Coates explained: "There is widespread interest in family names and their history. Our project employs the most up-to-date linguistic and computational techniques, applied to vast amounts of data in order to create a more detailed and accurate resource than those previously available. We pay particular attention, wherever possible, to linking family names to locations. And on the second FaNUK project, we have the resources to explain the origins of those place names as well."

“Some surnames have origins that are occupational – obvious examples are Smith and Baker; less obvious ones are Beadle, Rutter, and Baxter. Other names can be linked to a place, for example Hill or Green (which relates to a village green). Surnames which are 'patronymic' are those which originally enshrined the father's name – such as Jackson, or Jenkinson. There are also names where the origin describes the original bearer such as Brown, Short, or Thin – though Short may in fact be an ironic ‘nickname’ surname for a tall person."

“I have always been fascinated by names for people, places, and institutions. Surnames are part of our identity, so most people are interested in knowing about their names. My main interest is in the linguistic side, in the language of origin and the original meaning of the names, but this research is interdisciplinary, drawing also on history, family history, place-name study, geography, official statistics, and potentially genetics."

According to Professor Coates: "Our database describes the origins of names, both in linguistic terms and also regarding the manner in which they arose in the first place. By listing the spellings of the name with a date, we can see how names have changed over the years and in some cases this also gives us a snapshot of social history and mobility. My own name Coates, for example, literally means 'cottages' in Middle English. It is also applied as a place-name and in my research I have discovered that 'Cotes' is the name of a small place in my grandfather's ancestral county of Staffordshire, so that is probably where my surname comes from.

“Names still tend to cluster where they originated, so some that originated in the West Country can still be found in numbers in the region today, for example Batten, Clist, Keck, Yeo, and Vagg."

The project was supported by consultants who are the top authorities on names in those languages which have given us our surnames, such as: Old Scandinavian, Anglo-Norman French, Welsh, Cornish, Gaelic, Yiddish, and more recently other languages such as Polish, Chinese, Arabic, Yoruba Hindi, and Urdu.

For more information, please email us at familynames@uwe.ac.uk. 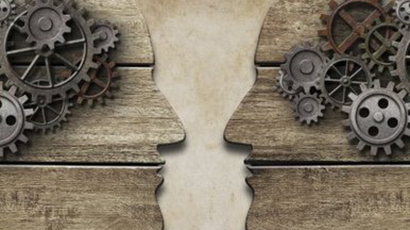 The Bristol Centre for Linguistics (BCL) brings together researchers who are committed to understanding how language is organised socially, culturally and mentally.

Research at the Bristol Centre for Linguistics (BCL)

Details of the main strands of current research within the Bristol Centre for Linguistics (BCL).

Members of the Bristol Centre for Linguistics

Meet the members and current PhD students of the Bristol Centre for Linguistics (BCL) and find out their research interests.

Contact details for the Bristol Centre for Linguistics (BCL).