As a researcher you will want to protect your own work and you will also want to make fair use of works produced by others.

As a researcher you are likely to want to copy information from books, journals and web resources to support your research. You may also want to include this material in your thesis or when publishing your research. The work you produce and publish will also be protected by copyright. Fortunately, there are some exceptions under the current law that allow you to copy for the purposes of non-commercial research and private study within reasonable limits, under what is known as 'fair dealing'. This generally permits you to make single copies of small amounts of a copyright work.

Copying for criticism and review: quoting others' work

There will be times when you wish to include, or make reference to, material which is not your own (i.e. which is someone else’s copyright) when completing your thesis. It is legitimate to include quotations for the purposes of criticism and review, but you must make sure that such material is properly acknowledged or cited.

Copyright allows making single copies or taking short extracts of works when the use is made for non-commercial research or for private study. The purpose is to provide students and researchers broader access to copyright works. There is no exact definition of what is considered a 'fair' amount, however below is some guidance on what would be considered fair:

This exception allows researchers to make copies of works ‘for text and data analysis’. This means that where a user has lawful access to a work they can make a copy of it for the purpose of carrying out a computational analysis of anything recorded in the work. The exception applies under the following conditions:

Other ways to use material

If the proportion of a work that you want to include is more than what is 'fair dealing', or your intended use is not covered by the exceptions above, you could use open licensed materials.

Creative Commons licenses provide a simple, standardised way to give the public permission to share and use creative work, given certain conditions. As you do not need the permission of the copyright holder in order to use materials covered by a CC license, it is recommended that you use these materials wherever possible. You must abide by the conditions of the particular license.

More information about the different kinds of CC licenses is available on the Creative Commons website.

For your own work

Using an open licence such as Creative Commons allows you to get more exposure for your work whilst maintaining control over its use. This helps the spread of information and the creation of new knowledge. Using a licence also means that other people know how to use your work in an appropriate way without infringing copyright.

Including copyrighted material in your thesis

Fair dealing is a UK law which allows exceptions to copyright law if less than a substantial part of third party material is used for criticism, reporting, or research and private study.

Fair dealing allows for the use of a less than substantial/not significant amount of third party material to be used – however what is classed as insubstantial or insignificant portion is not specified by law, and varies on a case by case basis. It also looks at how the use of material affects the market for the original work, which will vary depending on the material, publisher and use in the thesis.

For example: Two lines of a book may be insubstantial, but two lines of a haiku are almost the whole text. A film still may only be a fraction of the whole film, but if it depicts the climax of the film it would be a significant piece of material and could dissuade people from buying the original film. Third party material used in theses should be assessed on a case by case basis.

The rights holder is generally either the publisher or the author. We recommend contacting the publisher in the first instance. Publishers will often specify a particular statement of attribution which you must use in your thesis.

Publication can be delayed if permissions have not been gained. This can delay awarding qualifications.

Where material has been created by an employee in the course of their employment, the employer is the first owner of copyright in the work unless there is an agreement to the contrary.

When you publish your research, by signing a publisher's licence agreement, usual practice assigns copyright to the publisher. There are however alternative ways to publish your work such as publishing in an open access (OA) journal. 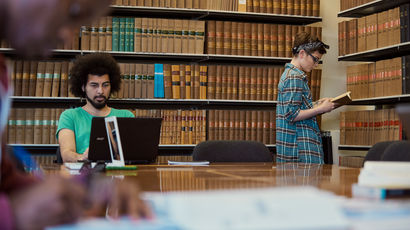 Introduction to copyright, including what is covered and how long it lasts. 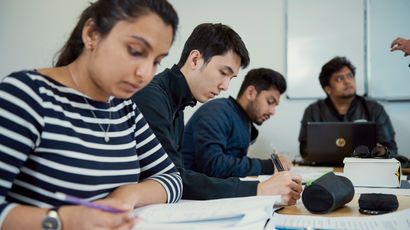 Advice on copying and scanning whilst studying at or visiting UWE Bristol. 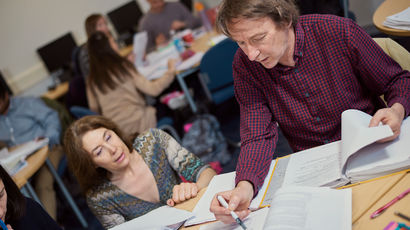 Information about copyright for teaching purposes.