The Computer Misuse Act (1990) was introduced to secure computer material against unauthorised access or modification. Three categories of criminal offences were established to cover the following conduct:

The Copyright, Design and Patents Act (1988) is applicable to all types of creations, including text, graphics and sounds by an author or an artist. This includes any which are accessible through the University's IT facilities and network. Any unloading, downloading or printing of information through on-line technologies, which is not authorised by the copyright owner will be deemed to be an infringement of his/her rights.

Some types of infringement give rise to criminal offences, the penalties for which are up to two years imprisonment or an unlimited fine. It is also possible for the copyright owner to claim compensation or to have infringing activities prevented by injunction.

Every person or organisation holding personal data (data controller) must be registered with the Information Commissioner.

The Official Secrets Acts (1911) establish severe criminal penalties for any person who discloses any material which relates to security, intelligence, defence or international relations and which has come into that person’s possession through an unauthorised disclosure by a crown servant or government contractor. They also cover material which has been legitimately disclosed by a crown servant or government contractor on terms requiring it to be kept confidential or in circumstances in which it might reasonably be expected to be treated as confidential. This means that certain information handled by the University’s departments may be covered by the provisions of the Acts, particularly if such information concerns a project specifically commissioned by a government office.

Defamation consists of the publication of an untrue statement (which can include an opinion), which adversely affects the reputation of a person or a group of persons. If such a statement is published in a permanent form, as is the case with statements published on the Internet, including messages transmitted by email, an action for libel may be brought against those responsible.

In accordance with the Defamation Act (1996), the University acknowledges the convention of academic freedom, but will take all reasonable care to avoid the dissemination of defamatory material and will act promptly to remove any such material which comes to its attention. Messages which have only one intended recipient may reach a vast audience through the Internet and as a result, the transmission of statements which discredit an identifiable individual or organisation may lead to substantial financial penalties.

Remember that your email communications are publications.

The University is committed to the prevention of publication through any of the University’s IT facilities of any material which it may consider pornographic, excessively violent or which comes with the provisions of the Obscene Publications Act (1959), the Protection of Children Act (1978) or the Criminal Justice Public Order Act (1994). The University will regard any such publications as a very serious matter, which it will not hesitate to report to the law enforcement agencies. Users of the IT facilities are reminded that these are principally for use in connection with academic purposes, therefore any use of the IT equipment to publish or gain access to obscene, pornographic or excessively violent material is inappropriate, and you may be liable to legal proceedings.

The Health and Safety at Work Act (1974), including the Control of Substances Hazardous to Health (COSHH) Regulations (1988), regulates safety in the workplace and contains a number of clauses pertinent to the IT environment, such as the Display Screen Equipment Regulations (1992).

The Police and Criminal Evidence Act (1984) limits the use of certain computer material as evidence in court.

Disclosure of computer held information to the law enforcement agencies may be covered by the provision of this act.

A new Equality Act came into force on 1 October 2010. The Equality Act brings together over 116 separate pieces of legislation into one single Act. Combined, they make up a new Act that provides a legal framework to protect the rights of individuals and advance equality of opportunity for all.

The Act simplifies, strengthens and harmonises the current legislation to provide Britain with a new discrimination law which protects individuals from unfair treatment and promotes a fair and more equal society.

In addition, European Union legislation can cover situations where discrimination takes place on the grounds of sexual orientation. Therefore, any material located on or disseminated through the University’s IT facilities which may be considered discriminatory or may encourage discrimination on grounds of sex, gender, sexual orientation, race or ethnic origin may be unlawful. Any such material will also be against the University’s Equal Opportunities Policy.

The incitement to commit a crime is a criminal offence in itself, regardless of whether a crime has actually been committed or not. This includes the provision of information via IT equipment/services which facilitates crime.

The University’s IT facilities must not be used for placing or distributing advertisements relating to any course or business other than those promoting the University’s teaching and research activities or its own trading operations.

13. International Law and the Internet

Since there is no international convention on Internet regulation, caution is necessary in considering what law may be applicable. As a basic rule, all users of the University’s IT facilities must note that although certain materials may be considered legal in their places of origin, that does not prevent the application of UK law if those materials are considered to be illegal under the law in this country. Similarly, material transmitted world-wide is subject to the law of whichever country it is viewed in.

As required by UK legislation, IT Services draws to the attention of all users of the University's Data and Telephones Networks the fact that their communications may be intercepted as permitted by legislation.

The legislation allows an employer and/or organisation to intercept without consent for purposes such as recording evidence of transactions, ensuring regulatory compliance, detecting crime or unauthorised use, and ensuring the operation of their telecoms systems. The employer and/or organisation does not need to gain consent before intercepting for these purposes, although it does need to inform staff and students that interceptions may take place.

UWE is connected to the internet via the Joint Academic Network (JANET). As well as this policy, JANET’s own Acceptable Use Policy must be adhered to. 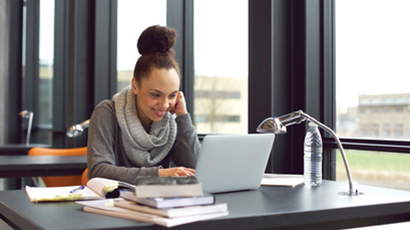 All UWE Bristol users must read and abide by the information security policies and regulations. 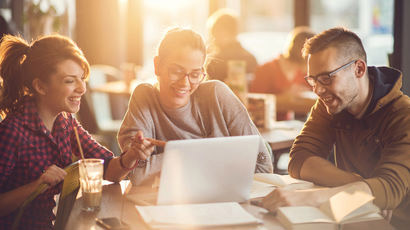 Top tips and advice to help safeguard you, others and the University against cyber threats.

Find out more about the Information Technology Services (ITS) at UWE Bristol.