Effective local news gathering reflecting a range of community perspectives helps ensure an accountable and functional local democracy. Insights from research at UWE Bristol have helped inform joint explorations between the BBC and local news-gathering groups. These have brokered local partnerships that have nurtured and empowered a range of voices, helping them contribute to an effective scrutiny of local issues.

The BBC plays a central role in gathering and disseminating local news. But to what extent is it feasible to involve community groups in this role? How might the BBC draw in local insights, and what are the implications for the standards upheld by its culture of professional journalism? These questions have been tackled in research conducted by Janet Jones, a Principal Lecturer in Journalism at UWE Bristol until June 2013. This in turn has influenced local news gathering groups in Bristol, and has informed the BBC in considering its relationship with them.

Jones’ research argued that a weakening of the economic foundation of local news gathering in the UK in the period from 2007 to 2011 had led to a shrinkage of the local broadcast news sector. This had in turn limited the diversity of voices represented, thereby impeding deliberative democracy.

She also identified challenges to accepted newsroom cultures arising from the rapid expansion of digital technologies. ‘Digital natives’ have developed new modes of grass-roots journalism. This does not always sit well with the BBC’s need to verify news stories rigorously, presenting a challenge if these two cultures are to work together effectively.

These research themes found expression in 2010 when Jones, herself a former television producer and broadcast journalist, was invited to chair a News Working Group as part of an initiative called the Bristol-BBC Anchor Collaboration. The Collaboration was the first BBC-city partnership, and arose from a new BBC drive to work with local agencies to boost regional creative economies across the UK

The News Group was tasked with assessing the future of regional news within the South West of England. Under Jones’ leadership, it explored ways of bringing the professional, academic and community media sectors together to develop and share news content. Jones’ research informed the Group’s analysis of the issues, and enabling it to identify ways in which the BBC could build links with community media organisations rather than maintaining a ‘top-down’ approach to news gathering.

The Group’s ideas were implemented, initially as an experiment, when it took responsibility for a project called the Bristol Newshare pilot, which ran from June 2011 to April 2012. This tested partnership and co-production models involving citizen journalists, and gave local news groups access to the BBC’s archives of news stories. It resulted in local stories grounded in local knowledge and perspectives. As part of the pilot, the BBC provided volunteer news producers with access to its training resources, such as a workshop day at its Bristol training centre, exposing them to professional newsroom standards. Jones, as Chair of the News Group, brokered these arrangements.

The Community Media Association (CMA), a not-for-profit organisation representing the community media sector, says it gained important insights from the pilot, including how best to engage in effective partnerships. One immediate direct benefit to them was a rewrite of the memorandum of understanding between them and the BBC taking into account the lessons learned.

The news co-production model found real-world expression in partnerships between the BBC and Bristol community radio stations BCfm and Ujima. BCfm offers airtime for communities in Bristol; Ujima offers news, discussion and music with a particular focus on celebrating African and Caribbean cultures. Both provide support and training to their volunteer programme producers.

These initiatives raised the profile of these community radio stations, and strengthened their brand identities. They also strengthened the commitment of the wider media sector in Bristol to audio as a medium for news delivery.

The pilot also contributed to the BBC’s thinking on how best to support the development of a new generation of local media companies, and to create new newsroom practices for the digitally enabled world.

The Bristol-BBC Anchor Partnership and the Newshare pilot have contributed to the creation of new models for skills exchange by providing routes for community volunteers to access BBC training programmes. They drew together a disparate range of stakeholders, including most of Bristol’s media scene, creating a vibrant and energised collaboration that was able to respond to the challenges of the digital age.

These initiatives have continued to influence Bristol’s development as a media city. By engaging a diverse range of voices in Bristol, they have helped provide a model for local news partnerships across the UK. 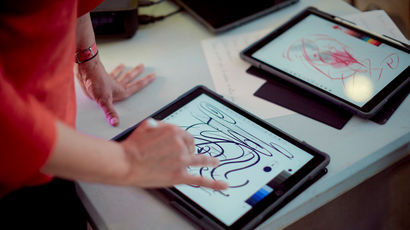 Research in the Faculty of Arts, Creative Industries and Education

Research centres and institutes in the Faculty of Arts, Creative Industries and Education at UWE Bristol. Find out what areas of research they focus on and much more.