The Remembering St Matthias Campus project sought to celebrate and record 150 years of the college's history.

The Remembering St Matthias Campus project sought to celebrate and record 150 years of the college's history. The campus will be remembered for its impressive neo-Gothic architecture and picturesque gardens, but its human past is equally noteworthy. It was established as one of the pioneering institutions for women's higher education as a teacher training school.

As part of Bristol Polytechnic, and latterly the University, the college continued to develop innovative educational programmes and open access to a wide range of students.

This project features a wide range of material including historical and contemporary perspectives, individual portraits of student life across its 150-year history, and interviews with staff and alumni. It aimed to bring together these perspectives, and record the voices of those associated with the college, enriching UWE Bristol's organisational memory.

Many of these memories were recorded at the St Matthias Farewell Party held at the College at the end of its final term. The three-day event was jointly hosted by the University and the UWE Bristol Students' Union. The SU bar was open all weekend for old friends to gather over a drink; there were children's games and a bouncy castle, as well as live music and performers, including former staff and students.

The festivities drew to a close with a charity auction of St Matthias memorabilia, kick-starting the fundraising for the UWE Bristol Fund, which will provide support for students facing financial difficulties. The auction raised more than £1,000.

UWE Bristol graduates Rose Wallis and Victoria Barnes were the lead project editors. Both Rose and Victoria studied at St Matthias and worked in the History department.

We are grateful for the generous financial assistance provided by UWE Bristol to support the farewell party and this project.

St Matthias College opened in September 1853 as the Gloucester and Bristol Diocesan Training School for school mistresses. It was one of about 25 establishments promoted by the National Society to supply qualified teachers to the Church of England's voluntary elementary schools.

James Henry Monk, Bishop of Gloucester and Bristol, led the fundraising for the new school. The principal donor was Dr Samuel Warneford of Moreton in Marsh, benefactor of many nineteenth-century hospitals, schools and other charities.

Of the six initial students, five came from a similar school at Kidlington in Oxfordshire. The first student, Julia Long from Faringdon in Berkshire, left at the age of 14 to teach in a workhouse school. The early curriculum was basic but broad, though laced with Anglican doctrine.

Discipline was strict, so much so students rebelled in 1868. As they were expected to have had some teaching experience before admission, by 1914 most students were adult.

The College stayed fiercely independent and refused to take up some government grants in case unwelcome conditions might be imposed or the college's autonomy restricted. Adhering to its religious beginnings, in the 1930s it admitted nonconformist students but not on an equal footing.

Reform and improvement came in 1930 with the first woman principal, the lively and much loved Elsa Nunn. By 1945, student numbers had risen to 125 and expanded further under Nunn's successor, Margaret Graham.

The teacher training college was established at Redland in 1945, and the curriculum was expanded and modernised. Academic standards improved as teacher education moved towards Higher Education as distinct from professional training.

In 1955, St Matthias changed its name to the College of St Matthias, after the saint to whom the college's original chapel was dedicated in 1853.

From 1960, a three-year certificate course was validated by the University of Bristol. Male students were admitted from 1966 and students numbers increased to 800 by 1970.

In 1972, the government decided that institutions teaching only one subject, such as colleges of art, education and domestic science, should merge with other institutions.

As Bristol University had a highly respected education department, either Redland or St Matthias would have to close.

After strenuous attempts to maintain the College's separate existence and independence, the college closed in 1978. Its remaining students and staff transferred to Bristol Polytechnic where St Matthias became part of the Polytechnic's faculty of education.

The trust that owned the college land and buildings at Fishponds sold them to Avon County Council, which allocated them to Bristol Polytechnic. When the Faculty of the Built Environment (now College of Arts, Technology and Environment) was formed at Frenchay, St Matthias Campus was devoted almost entirely to the humanities.

The college formed part of the University of the West of England, when Bristol Polytechnic gained university status in 1992.

The Fishponds buildings, out-of-date (access for people with physical disabilities was particularly difficult to provide) and increasingly expensive to maintain, were adversely compared with their modern purpose-built counterparts at Frenchay and Bower Ashton.

In 2010, when the University acquired additional land at Frenchay, it decided to transfer the teaching at St Matthias to Frenchay Campus and to dispose of the Fishponds site.

As part of the UWE Bristol New Campus Masterplan, the Campus closed to students in 2014. From its foundations in 1853 to 1978, about 10,000 students have been taught at the St Matthias Campus of UWE Bristol (formally Bristol Polytechnic).

Helen Taylor, Professor of English and former UWE lecturer, 1972-89, talks about innovation in teaching and learning at St Matthias Campus.

The compact size and bustling social activity of the campus created a lively student community. Inevitably perhaps, this sort of atmosphere led to a host of pranks and stunts amongst the student body.

Unlocking a whole lot of trouble

In the 1970s, one student managed to get their hands on a skeleton key, causing complete havoc - taking turf from the lawn to cover someone's bed for example. This student's run came to a crescendo when one poor unsuspecting lad came out of his lectures to find his bedroom furniture out on the sunken lawn, set up exactly how it had been in his room.

Alongside student accommodation, the student bar was the heart of the social scene.

Legend has it that a car was carried into the Students' Union in the 1970s. Whether it was a Fiat 500 or a Mini is disputed, but sources concur that the car was significantly easier to get in than it was to get out. The car sat in its unlikely garage until the double doors were taken off temporarily to allow for its removal

Writings on the wall

Keeping with the St Matthias tradition of misbehaviour and light-hearted fun, students took the opportunity to write their farewells and memories on the building itself.

Homages to past campus cats, secrets born in the headiness of youth and some particularly expert T-rex illustrations thickly adorned this beloved building to its bitter end.

Life on St Matthias Campus in the 1960s

Former students Jen and Suzy talk about the rules, pranks and good times on St Matthias Campus in the 1960s.

When the College was built in the nineteenth century, its architects attempted to make building costs cheaper by taking stone from the area, thereby creating the iconic sunken lawn.

Perhaps remarkable to UWE Bristol alumni, the students of the training college were forbidden to set foot on the sunken lawn, with one theory claiming that there are catacombs beneath.

Alongside the beautiful architecture and sunken lawn, two ghosts were known to haunt the College.

Hard evidence of this is somewhat lacking, but when enlightened with the stories behind the horror, many have found themselves questioning the presence of these supernatural residents.

Easily the most notorious ghost around campus, the spirit of the Night Watchman occupied the 'Old Library' of the main building and surrounding rooms. When alive and kicking, the Night Watchman was responsible for the girls boarding on campus, and it seemed this job extended post-mortem.

One witness explained, "I felt a tap on my shoulder, but when I turned around there was nobody there!" Several others told of similar experiences of interaction with the ghost; another even told of 'feeling the ghost go right through her'.

Tales suggest that the Night Watchman's favourite location was the sunken corridor.

Adding to plausibility, it was claimed that Boris, the late campus cat, would never explore this corridor.

Boris's intuition may well have informed the behaviour of one staff member, who would only walk down the sunken corridor carrying a cross.

The Night Watchman was not the only known ghost on campus. A younger ghost was said to be that of a past Principal’s son, a small boy who haunted the Conifers, a former residence that provided teaching rooms for graduate students.

This legend told of an accident involving a horse and cart outside of St Matthias Campus, which left the boy dead. Over the years, various tales recalled the ghost, who could be seen wandering around.

A tribute to the much-loved St Matthias Campus cat Boris, by UWE Bristol postman Paul B.

"As I backed the post van down to the library one sunny day about a dozen years ago, there, spread out on the wall, was the scruffiest, yet most beautiful long-haired white and apricot cat.

"He became much loved by staff, students and visitors, and his territory included the bar, halls of residence, classrooms and grounds.

"He was mainly looked after by Elaine the cleaner, but lots of people donated money to his vets bills. He would always wait for me when he heard the post van to get his special biscuits. He was part of the life and family of St Matts, so when it became known it was to close, even the opinion of the Vice-Chancellor was sought about his future.

"Sadly, Boris passed away in December 2013 - the place wouldn't have been the same without him." 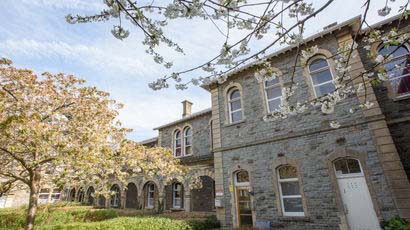 A brief history of UWE Bristol, including a timeline and the meaning behind our coat of arms. 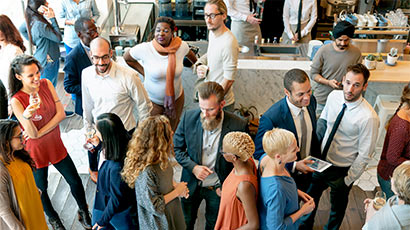 How the UWE Bristol Alumni Team can help you to organise your own reunion. 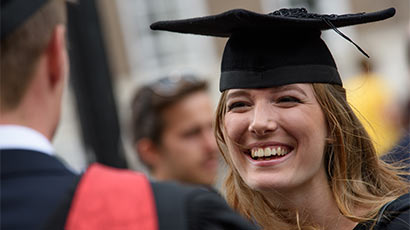 We'd love to hear from you. Tell us about your memories, your journey, and what you're doing now. 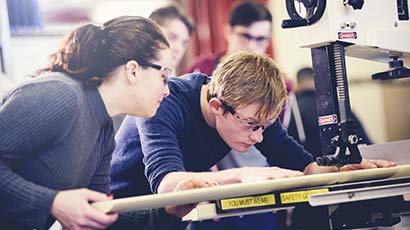 Over the last five years, we've invested £300 million into our state-of-the-art facilities. Creating the most effective and empowering setting for our students and people to discover their potential.